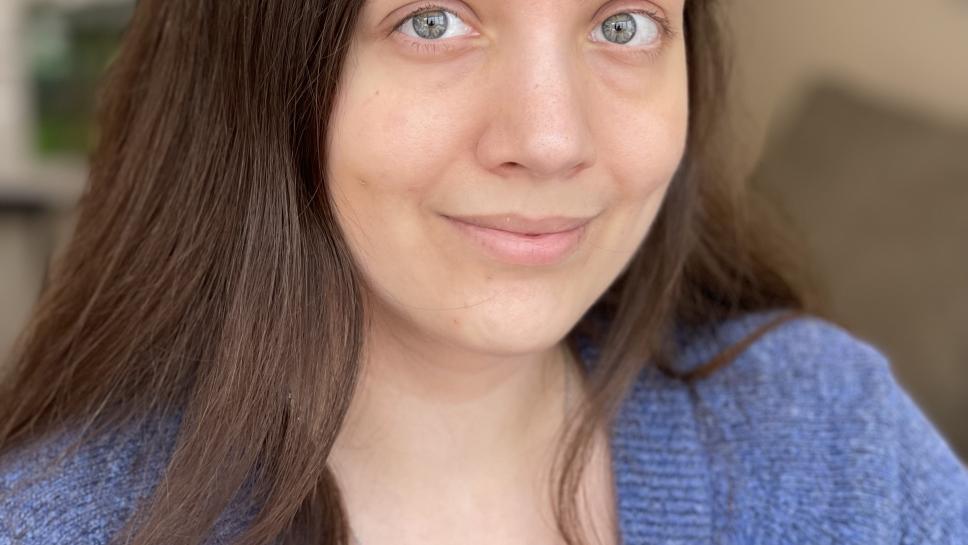 Charcot-Marie-Tooth Awareness Month takes place every October and marks an opportunity to educate others about the condition. Here, the writer Bethany Meloche describes her experiences of living with CMT disease.

Just as 12-year-old me wished I could have a “cool” name like Jessica or Brittany, I wished I had a disease that ANYONE had heard of. Instead, I have Charcot-Marie-Tooth disease.

No, my enamel and gums are fine, my disease is just annoyingly named after some [pretty cool] doctors who first discovered it. CMT is a genetic nerve disease. It had crept quietly through my family tree for generations.

By the time I was twelve, I realised it was living in me, too. Armed with the knowledge of Google, I had many of the signs: I’d been tripping, falling. Had always been slower than my friends. My feet had telltale high arches. And lately I’d experienced strange, sharp pains that ran down my arm like lightning.

Unlike a lot of self-diagnosing via the web, this time, Google and I were right.

But brilliant self-diagnosis was not what I thought it would be. I hadn’t anticipated what it would actually feel like to have a doctor’s hands on my body, searching for disease. Or what it would feel like when he found it. And I’d thought that once I had an answer, a name, that it would make my body easier to explain to others. Instead, most people’s reactions to hearing the name were different variations of Huh?.

My disease was just another thing I had to explain. Very quickly, I decided not to talk about it at all. I told myself that this was admirable, really. I didn’t want my disease to become my identity, and never bringing it up seemed like a good first step.

Somehow, shockingly, this backfired? The more I tried to hide it, the bigger it seemed to be. I worried I might disappear entirely. And then when I was nineteen, I uncharacteristically attended a CMT support group in California. There I met people who were living their lives differently. While I stayed quiet, they spoke up.

They seemed freer. Not defined by their disease, but… living alongside it.

I kept coming. And one day, I shared too.

Everything changed. Since that day, I haven’t stopped speaking up. I speak about CMT internationally, make videos on my YouTube channel, and even published a book, How Should A Body Be?.

CMT Awareness Month doesn’t just spread the word about what CMT is. It also empowers people with CMT to share their stories. And I know, deeply, the healing that that can bring.

Over the years, I’ve felt the wider impact of awareness efforts. They’re working. And every time I meet a doctor or a stranger and their response is “Oh, I’ve heard of that!” I say a quiet thank you for the next 12-year-old girl who just wants a cool name and a disease anyone has heard of.