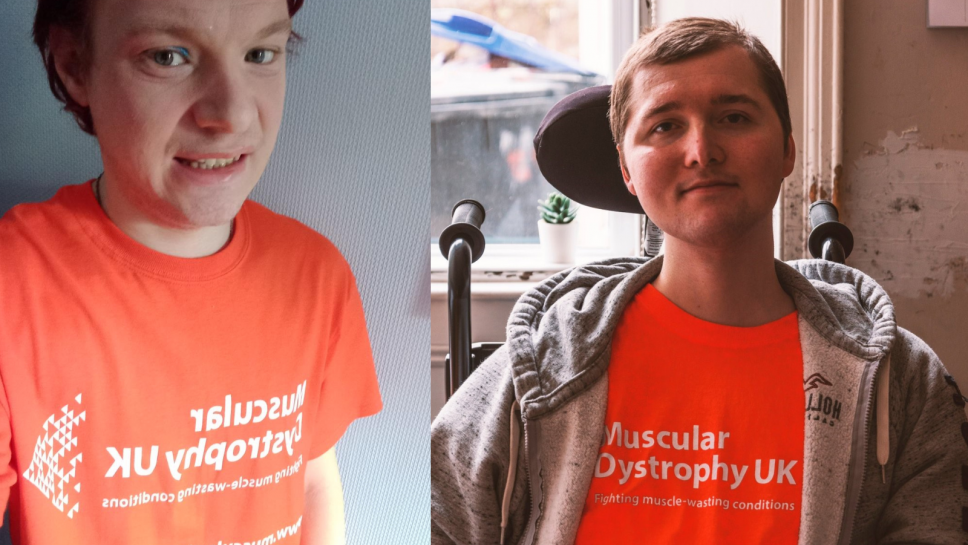 Peter Westwood is preparing to climb the UK’s highest mountains in memory of his close friend Jordan Mossom, who passed away in April aged just 25.

Peter, a friend of Jordan Mossom, is remembering him by taking on an epic fundraising challenge to continue his legacy. Peter said: "I wanted to do something to help raise money for people that live with the same condition as Jordan".

During his challenge in July, Peter will be taking on the UK's three highest mountains - Snowdon, in Wales; Scafell Pike, in England and Ben Nevis, in Scotland. He is putting his all into preparing for the challenge by walking a minimum of 30 miles each week in the lead up to the fundraiser.

He said: “I know the Three Peaks will take a lot out of me, and at times it will be tough, but thinking of Jordan will help me push through. I’m feeling nervous but I’m excited for the challenge and to raise money for Muscular Dystrophy UK.

Peter and Jordan had known each other for six years after meeting online.

We met through social media, and there was so much about Jordan that made us keep in touch. He was always lovely and caring, and was always there for me when I needed him, as was I for him.

"I’ve thought a lot about the walks I want to do in the run up to the day – I’ve chosen certain routes that pass near train stations that remind me of Jordan. This is my first ever fundraiser and I’m doing it for Jordan.

Like me, Jordan loved photography, and we bonded over that. While my love for trains wasn't as big as his, it was certainly another thing we bonded over. He was someone I was close with despite the distance. He achieved a lot in his life and I really miss him.”

Jordan, who lived with Duchenne muscular dystrophy, was an avid supporter of MDUK and used many of his skills and interests to help accelerate the fight for better treatments and support for those living with muscle-wasting conditions.

As a photography enthusiast, he used his passion to raise awareness and document his own experiences living with Duchenne in his creative series ‘Daytime Disability.’ Jordan also shared bright self-portraits with MDUK, one of which was used as the poster image for Go Bright 2022. He studied photography at university, graduating in 2020, and specialised in documentary, railway, transport and landscape photography. He went above and beyond with raising awareness, even sharing his story with others as a guest speaker at Rare Fest 2020.

Jordan’s family have been touched by all the donations made in his memory. Jordan’s sister, Hannah, said:

It’s so comforting to see how much Jordan was loved by so many people. I hope the donations will go towards finding a cure for this condition.

Fundraising like this is vital to finding a cure for Duchenne muscular dystrophy and other muscle-wasting conditions. Donate to Peter’s Just Giving fundraiser and show your support as he takes on this challenge in memory of Jordan.