I can do things that the average person does, I just need to do them in a different way 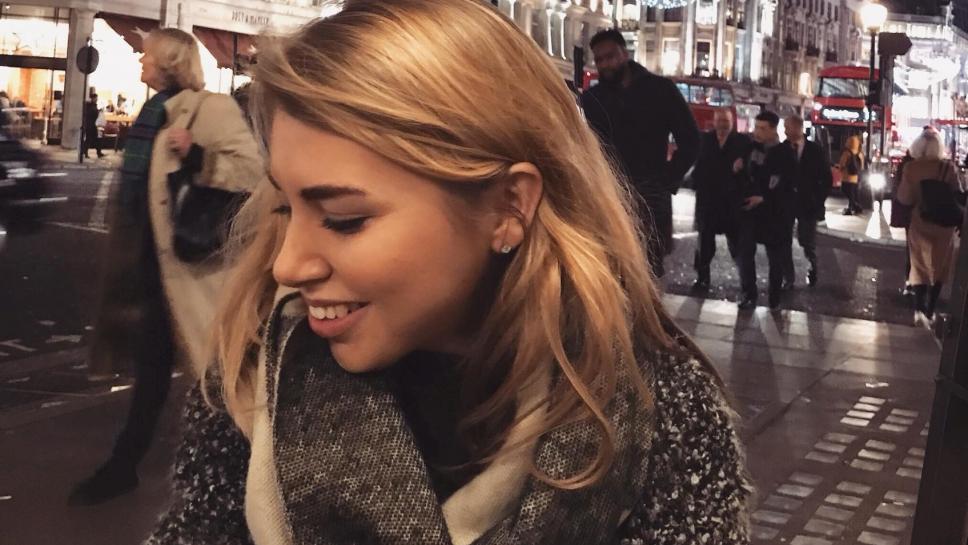 Kiera Santry, 26, lives with limb-girdle muscular dystrophy. She and her family have leaned on MDUK in times of need. She shares her story – from the challenges of school to leading an independent life as a young adult.

I was ridiculously sporty when I was young – I’d do gymnastics, play football, and I was always running around causing havoc. When I was about nine years old, at my weekly trampolining class, I noticed that I had trouble getting up on the trampoline and couldn’t bear much weight on my arms. My trampolining coach noticed too and mentioned it to my parents after class. Dad kept an eye on me, noticing that I could no longer complete the monkey bars at the park – I kept dropping off after five or so rings, and I’d been tripping up a lot more. We visited the GP, who brushed it off as growing pains. “She’s probably just a bit clumsy, it’s nothing to worry about,” they said.

The signs became more prevalent – I experienced weakness in both my arms and legs – and I was falling over more often. My parents took me back to the GP for a second opinion. This time they did tests, and blood tests revealed my creatine kinase (CK) levels were high – which indicated damage or disease to the muscles. I was referred onto hospital.

I’ll always remember the day I met the paediatrician. He knew straight away that I had a form of limb-girdle muscular dystrophy. He told my parents but brought me straight into room to tell me too. I’ll never forget what he said: “I’ll be honest with you, it’s sh*t.” I was just nine years old and couldn’t believe the doctor had sworn in front of me. But his frankness almost set me up to be like, yes, it’s a rubbish situation but I’ve got to roll with it.

“Neither of my two younger siblings has muscular dystrophy – there is no family history of it and it came completely out of the blue. I still don’t know what type of limb-girdle muscular dystrophy I have – I am a bit of a mystery to the medics. But my consultant, who was initially funded by MDUK (which is why she continued her career in neuromuscular conditions, particularly muscular dystrophy), is trying to get me involved in research to find out.

Shortly after my diagnosis, my parents contacted the MDUK helpline. They didn’t know what muscular dystrophy was until my diagnosis, and all the medical terms the doctors used confounded them. The person on the helpline helped them to understand more about limb-girdle muscular dystrophy, and how it could affect me. They also offered emotional support, as my parents had no-one else they could speak to who properly understood my condition.

My parents told me later that one of the turning points for them came after they attended one of MDUK’s national conferences in Scotland. At the conference, they got to meet and chat to people with muscular dystrophy – and people with conditions much worse than mine. Those people weren’t letting their condition hold them back – they were driving cars and leading independent lives. It helped my parents to realise it wasn’t all doom and gloom.

After attending the conference, my parents were motivated to channel their energy into something more positive – fundraising. They organised a massive skydive event in Spain, which was attended by 25 people connected to my mum and dad. They jumped out of a plane and of all the money they raised, half went to MDUK and half they kept for adaptations they would need to make at home and for things I’d need in the future.

When I was diagnosed with limb-girdle muscular dystrophy, I was in primary school – I was still active, and ambivalent about the condition. But in secondary school, my condition started to become more apparent, and I’d fall over quite a bit. The school was already accessible – it was something my parents checked before I started – but I refused to use a wheelchair because I wasn’t ready. Despite getting to the point where I was falling often, I wouldn’t accept the wheelchair. Luckily, I had good support at school – my teachers were very aware of the condition, and I would have them help me walk to lessons or other pupils would help me.

I went to a different school for secondary school, but in year 9 my condition got too much for me to manage and I dropped out. In hindsight, I probably should have been using a wheelchair by then, but I still wasn’t ready. I started at a different school that catered for people with additional needs. It was there that I found a new lease of life.

The school offered what I needed. I tended to try and walk as much as I could but would obviously get tired. They were encouraging of that, and brought in adaptations for me – for example, at the start of the school day the staff met me downstairs and helped me walk up to class. In the toilet, they brought in a seat that would electronically stand me up so I could go to the toilet independently.

When I was 16, I started using a manual wheelchair. It was only because one of my closest friends gave me an ultimatum. He noticed I was secluding myself – I’d say, “No I’m not going to come out” and things like that because I didn’t have the means to go places – and one day he forced me to go to London Pride with him and our friends. He said: “You’re coming and you’re going to have a great time and I’ll push you all the way in your chair.” That was the day the penny dropped; I realised I was stopping myself from experiencing the world because of my disability. It was the awakening I needed, and it meant I shifted my mindset. I looked into other wheelchairs and found my mobility scooter not long after my 18th birthday; I’ve been using it ever since.

Once I started using my wheelchair, I put all my energy into embracing new experiences. I did a couple of work experience programmes through Whizz Kids and worked part time for a fashion retailer in their human resources department.

I was keen to get a job at MDUK, so whilst searching the charity’s website I came across information about its Moving Up internship programme. It invites people with a disability to get some valuable work experience at the charity and, although it wasn’t paid at the time, it is now. I’d always wanted to learn more about fundraising as a career, so I got in touch with the charity, and they put me in touch with the team. I started working for the charity twice a week to support them. When a full-time role in the team came up three months later, I applied and got the job. The experience I gained through the Moving Up programme was invaluable – and knowing how difficult it can be for people with disabilities to get a job, I think it’s brilliant. That was back in 2017, and I still work for the charity today; now I’m the Senior Challenge Events Officer.

Until recently I lived in my family home, but now I have my own place with my partner. Getting my new home adapted to my needs was daunting, but made a lot easier thanks to our info and support team at MDUK. They signposted me in the right direction in terms of where to go, who to contact, and what forms to fill in. In my new home I have a lot of adaptations that will allow me to live more independently – in my kitchen the worktops go up and down electronically so I can reach inside them, for example. Without this, I wouldn’t be able to do something as simple as getting a glass out of the cupboard, wash up or cook.

The front door to my new flat is electric, so I can press a button and it will open and lock itself when it closes. This means I don’t need to rely on anyone to push the door open for me. It’s especially useful in winter when it’s cold as my hands get stiff, so opening the door with a key is tricky – this was something I struggled with living at home. It adds a whole new layer of independence. I didn’t know this could be done until I had a conversation with my occupational therapist. I got in touch with him through the council, but I wouldn’t have known who to contact if it wasn’t for the information my colleagues at MDUK gave me.

I’ve had muscular dystrophy for over half my life now and it’s stripped me of a lot of my independence – I can’t transfer myself out of my chair without help, for example. But with the adaptations I have, and the people around me, I can live quite a normal life. I can travel in London on the buses (not so much the trains), I am able to cook, and do things that the average person does; I just need to do them in a different way. I’m thankful I have an amazing support network, my partner, group of friends and family – and I know that if I ever need an extra pair of hands, I’ve got them to lean on.