Lifelong champion for MDUK reflects on 30 years of volunteering 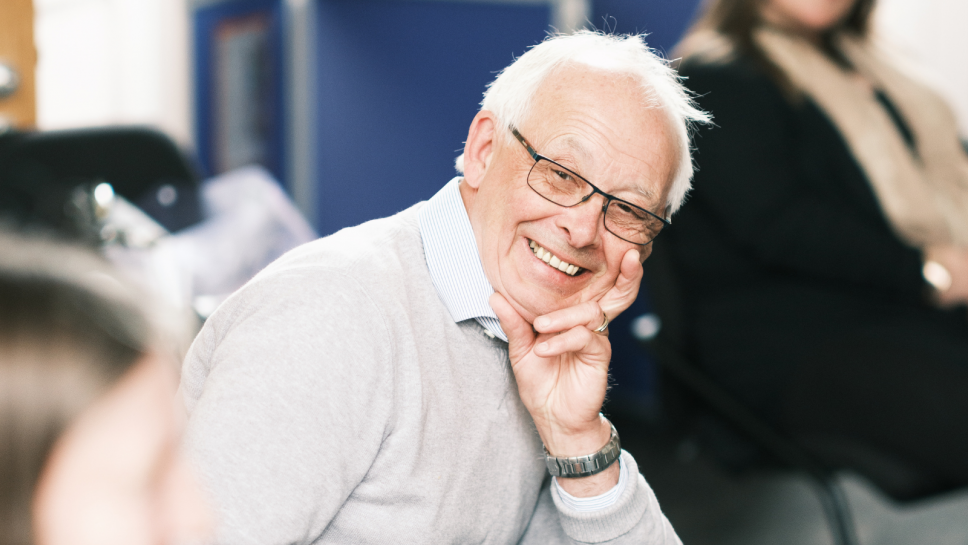 Brian Deehan and his family founded the Muscular Dystrophy UK (MDUK) East Yorkshire branch in 1992. He is an example of someone who’s been not only an outstanding volunteer but now also an important regional ambassador for the charity.

Being actively involved with MDUK for nearly 30 years has, I hope, allowed me to do something positive towards helping neuromuscular patients’ lives. Their condition is usually lifelong and my involvement will also be for the remainder of my life.

It all started in 1992, when Brian and his wife Avril’s son, Chris, was diagnosed with Becker muscular dystrophy. They got in touch with MDUK, who supported them well as they came to terms with what was initially a vague diagnosis.

The Bainton, North Humberside, family then discussed what they could do to support MDUK’s research into cures and treatments. Brian and Avril combined running their successful Interior design business with gathering a network of supporters to take part in major events.

In the last 30 years, through their focus and unstinting work, they have raised over £150,000 for MDUK. Myriad events have ranged from the first-ever mass abseil from the Humber Bridge, to signing up friends and family to run in the London and Paris marathons and the Great North Run.

One hundred and fifty people abseiled from the Bridge on that day, raising over £10,000 for the charity.  It was our political connections which helped our being given permission to organise it and as a result many charities have used it over the years. My lasting memory is of a Yorkshire Post photograph of David Davis MP and a lady in a wheelchair, both abseiling from the Bridge.

Another highlight has been the annual Brough golf tournament run by Hull-based Rollits Solicitors for the past 34 years, and assisted by Brian for the past 15. This has a regular income of over £2,000 raised by about 100 golfers in 25 teams.

It was important to Brian that the money the branch raised was used to provide his region with important services for people living with muscle-wasting conditions, as well as to help fund research. On many occasions, as a neuromuscular champion, Brian met clinicians, health professionals, local NHS commissioners and network experts to make plans to improve the services available to people with muscle-wasting conditions in Yorkshire and the Humber.

Another highlight for Brian was when Lord Hague, then MP for Richmond (Yorkshire), accepted an invitation by MDUK’s Yorkshire and Humber Muscle Group to be one of the patrons of the branch.

This Muscle Group was set up to address the findings of the Walton Report, the All Party Parliamentary Group for Muscular Dystrophy’s investigation into service provision for people with muscle-wasting conditions, which expressed serious concerns about the vulnerability of services in the Yorkshire and Humber region, the gaps in care and support, and the lack of co-ordination of these services.

Brian has celebrated the installation of Changing Places toilets in many venues throughout the UK:

The first thing I did, on a recent visit to the RHS Garden Bridgewater at Salford was to look for the CP toilet. I was delighted to find it!