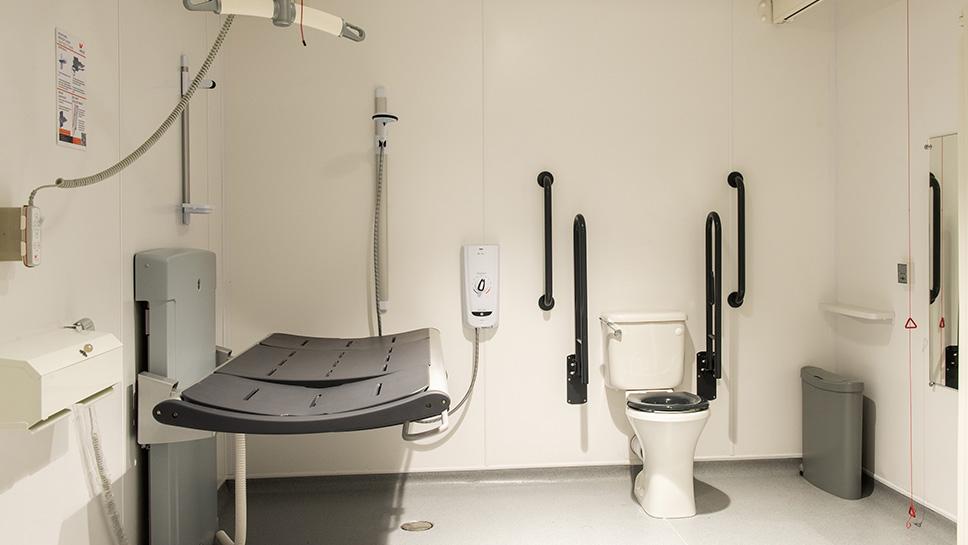 On Changing Places Awareness Day 2022, Lloyds Banking Group has become the first UK bank to install an accessible Changing Places toilet. London City Hall has also opened its own toilet, improving accessibility for workers and members of the public.

Changing Places toilets are specifically designed and equipped for people with significant disabilities. Lloyd Banking Group’s new accessible toilet, installed in the bank’s headquarters in London’s Old Broad Street, will be open 24/7 for members of staff and the public.

“I regularly visit our Old Broad Street office and the new Changing Places facility is a welcome step towards full inclusivity,” says Ross Hovey, a manager for Lloyds Banking Group and a disability campaigner. “I have spinal muscular atrophy and use an electric wheelchair, with my care team providing me with the support I need 24/7.”

For most people, where to go to the loo isn’t a factor when deciding whether to have that post-work pint. Having the new Changing Places toilet gives me the freedom to make last-minute decisions.

Lloyds Banking Group plans to install more Changing Places toilets at branches, with the next due to open later this year in Bristol.

At London City Hall, the newly installed Changing Places toilet will be open to both staff and the public during working hours.

Changing Places toilets are larger than standard accessible toilets and include specialist equipment such as hoists, curtains, adult-sized changing benches, and space for carers. More than 250,000 people in the UK need these facilities so they can leave their homes and enjoy day-to-day activities.

“The benefits aren’t just related to my working day,” says Ross Hovey. “For most people, where to go to the loo isn’t a factor when deciding whether to have that post-work pint. Having the new Changing Places toilet gives me the freedom to make last-minute decisions to socialise with my work friends.”

There are also new installations on the horizon in England and Scotland. In March 2022, following specialist support and advice from Muscular Dystrophy UK, the Department for Levelling Up, Housing and Communities announced £23.5 million funding for 513 new Changing Places toilets across England. The Scottish Government announced a similar fund of £10 million.

In 2022, Lorna was given the Community Achievement award in our President’s Awards ceremony, named after lifelong Muscular Dystrophy UK campaigners Peter and Nancy Andrews.

Learn more about the Changing Places campaign and keep up to date with the latest news on Twitter @ChangingPlacesUK.