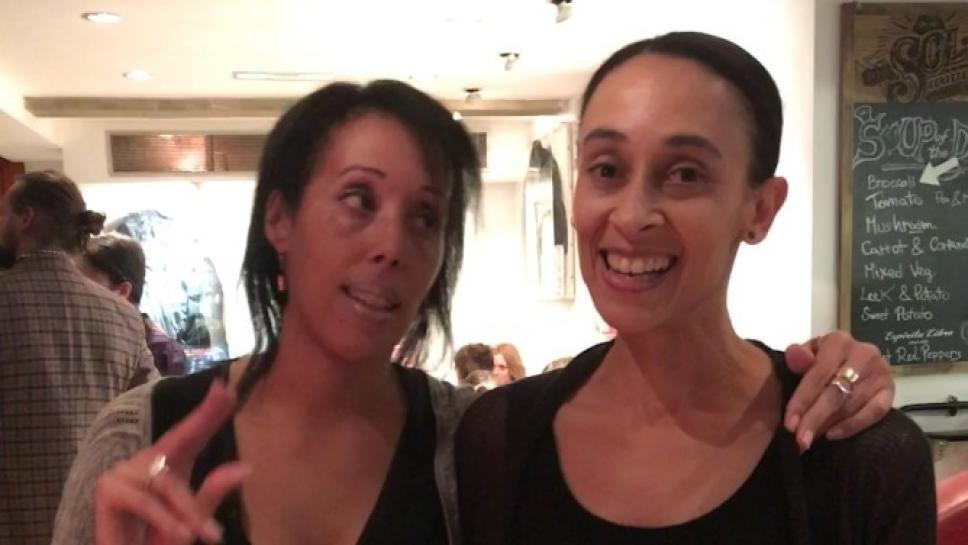 Raising awareness of myotonic dystrophy is critical because it is a rare, multi-systemic, progressive, inherited condition that affects successive family generations. It is often misdiagnosed and poorly supported, although in fact myotonic dystrophy is the most common form of adult muscular dystrophy. Currently there is no cure.

That’s why we’re joining a global alliance on 15 September, International Myotonic Dystrophy Awareness Day, to raise awareness and share information about what it means to live with this rare condition.

Donna Banks (pictured top left), 48, was born and brought up in Dulwich. Born to British and Nigerian parents, she was diagnosed with myotonic dystrophy (Type 1) six years ago, after experiencing symptoms for many years.

The first sign of the condition was discovering she had cataracts, after crashing someone else’s brand new Mustang while on holiday. It was during a routine blood test following the car crash, that the muscular dystrophy was discovered.

She is the youngest of eight children and has invaluable support from her family network. Besides providing physical assistance, they have always encouraged her to be as self-sufficient as possible. Independence and self-sufficiency are things Donna has always valued and will continue to strive for.

The last eighteen months have had lasting effects on me. Just before the first lockdown, I had an unusually busy social calendar: parties, ballet classes, meetings about the screenplay I am trying to write and completing my training as a Samaritan. Then, all of a sudden, everything stopped.

As I was in the clinically extremely vulnerable group, I suddenly found myself both reliant on other people's help, and yet still very alone. I missed everything - even mundane things like going to the supermarket.

After it dawned on me that the situation was going to last longer than the three weeks initially promised, I realised I had to start adapting. Believe it or not, I'd never even heard of Zoom before March 2020. I started doing my ballet classes online, installed an exercise bike in my room, and tried to keep the screenplay production going, even though every studio in the industry was closed.

However, not being able to go out and actually walk was taking its toll on me mentally and physically. By the second (or was it third?) lockdown my legs were becoming weaker, just like my arms. It turned out lack of exercise (which despite my best efforts was massively reduced) can exacerbate the atrophy of the muscles, just as much as exercising excessively can.

My face-to-face appointments since the beginning of 2020 amounted to two inpatient hospital and two physiotherapy appointments. I’ve had no outpatient appointments, and a planned surgery has been delayed indefinitely.

Now life is returning to a 'new normal', Donna is involved again in publications and panels that support people living with muscle-wasting conditions. She has been part of a patient and caregiver advisory panel at The Centre for Neuromuscular Diseases (NMD) at University College London Hospital.

It’s quite far-reaching and probably will take a couple of years to finish.

My film project, ‘Rapture,’ is creeping along, the stumbling block being finding a director. I’ll soon be working on developing a theatre production (for charity, so not paid), which should take about a year. It’s all a bit hush-hush, so I can’t say any more about it just yet, but I’m really looking forward to it.