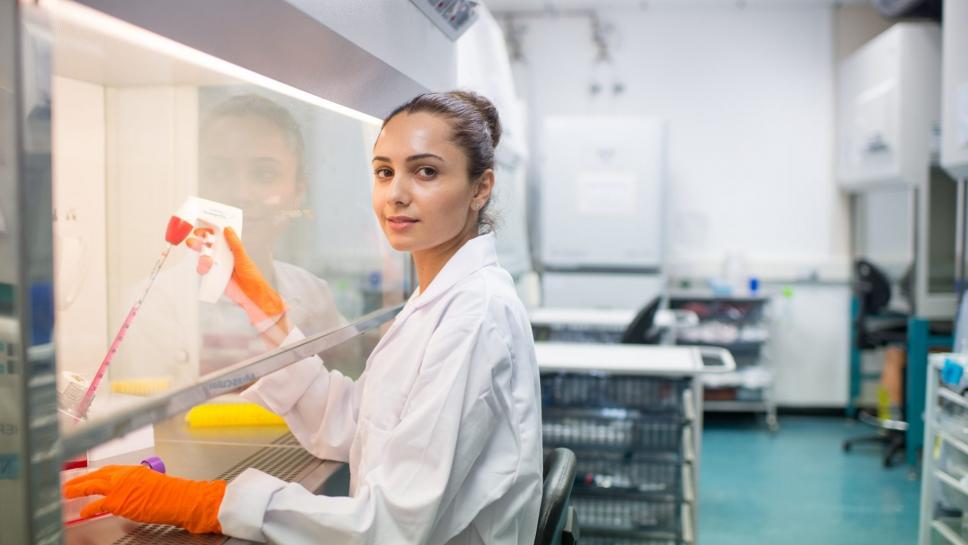 On 6th May, SMA UK, TreatSMA and MDUK, sent this joint letter to the NICE Programme Director – Technology Appraisals and Highly Specialised Technologies:

On 7th April, NICE announced that, as it has to prioritise work that is either therapeutically critical or relates to addressing COVID-19 diagnostic or therapeutic interventions, it will not go ahead with the scoping stage of the appraisal process for the treatment risdiplam at this time. Though we understand the reasons for this, and the difficulties NICE is facing, we are very concerned by this news and the potential impact it will have on the future timeline for the appraisal of this treatment.

Our experience of the nusinersen appraisal and outcomes

As you know, on 24th July 2019, access to nusinersen in England was finally agreed. Scoping for the treatment was triggered in December 2016 with a scoping meeting in January 2017. The appraisal process took more than 2.5 years.

Access to nusinersen was and still is very limited due to:

As we are all aware, the impact of the time it took for nusinersen treatment to be appraised, the way the final NICE / NHS England decision was communicated and the resulting above limitations on access have created enormous distress for the SMA community.

There are now children, in particular those who have SMA Type 3, and adults who have SMA Type 2 or 3, who have a condition that weakens them daily who, on 15 May 2019, understood the NHS England statement that ‘all relevant SMA patients (SMA 1,2,3a and 3b), including adults and siblings who are yet to show symptoms, will be able to benefit from this treatment’ and Biogen’s parallel statement ‘An agreement has been reached to recommend the funding of nusinersen on the NHS for the treatment of infants, children and adults with 5q spinal muscular atrophy (SMA), including presymptomatic and SMA types I, II and III’, meant that they would have access to this first ever treatment for SMA.  The restrictions of the Managed Access Agreement that were announced only weeks later on 3rd June 2019 were devastating. Many of these children and adults now have little or no prospect of access to this treatment. Many have deteriorated significantly since this time to an extent where their motor / functional ability and respiratory status are at a very similar, if not at times more challenging, level than those who were clinically diagnosed as type 1 or 2. Many are on the brink of losing significant motor function, their livelihoods and independence.

On 14 January 2020, Roche advised that in the UK, if there are clinical reasons that mean nusinersen is not a suitable treatment for a child who has SMA Type 1, and the clinician thinks that the child may benefit from risdiplam, the clinician could apply to Roche for access to risdiplam via their newly launched global Compassionate Use Programme (CUP). Though very positive, this covers a very limited number of children in the UK.

At this time, Roche also announced their plan to widen global access to this programme to those who have SMA Type 2, where there are clinical reasons that mean nusinersen is not a suitable treatment, and the clinician thinks that the patient may benefit from risdiplam, as soon as they have filed their regulatory application to the European Medicines Agency (EMA). We understand this is expected in mid-2020.

We understand that prior to this January announcement, Roche UK had discussions with the MHRA about the possibility of an EAMS. Roche expects to make a submission for an EAMS in Type 1 and Type 2 patients in May 2020.  This is good news, but the approval process for such a scheme takes some 75 – 90 days so we would be looking at early autumn 2020 as the earliest possible time for an EAMS that would include those who have SMA Type 2.

Though the SMA community would welcome such a scheme, risdiplam would still have pre-approval status. As such, any EAMS scheme proposed by Roche will be one that meets the criteria of its global pre-approval framework. This is likely to mean that anyone who has SMA Type 2 would only have access if there are clinical reasons that nusinersen is not a suitable treatment. Potentially this may mean the positive outcome of access to risdiplam for those who have a scoliosis or spinal surgery that means lumbar puncture treatment would not be clinically possible or safe. However, this is not certain, nor is there any certainty as to the position of people who would be considered to be clinically suitable for nusinersen treatment but, due to logistical and /or other service delivery problems with the roll out of the nusinersen programme, treatment has been and continues to be delayed. Additionally, of course, any EAMS would still be very unlikely to include access to treatment for those who have SMA Type 3 and are denied access to nusinersen as SMA Type 3 is not considered to be a ‘serious or life-threatening condition’ as defined in Roche’s pre-approval framework.

It also needs to be noted that though the SMA community is one that is very well informed, and have followed the development of the risdiplam clinical trials and have read about their positive outcomes, many patients embarking on a significant treatment would wish it to be one that has been fully appraised via both EMA and the robust NICE mechanisms – and be assured its clinical efficacy has been independently considered and verified and that is  an approved treatment.

According to the EMA, their appraisal process takes 210 ‘active (working) days’; this may be longer if they have questions to ask the pharmaceutical company. Roche has conducted wide ranging robust clinical trials It is not unreasonable to expect a decision from EMA in spring 2021.

Risdiplam is a liquid taken as the prescribed dose, at the same time each day by mouth or feeding tube, using the provided syringe. This removes the significant administration costs and issues associated with the intrathecal delivery of nusinersen treatment.

As part of their Covid-19 response, Roche is exploring the possibility of a home-care delivery service for anyone on the CUP. They also plan this for the EAMS. For both schemes, the treating clinician would submit a request to Roche for a contract between them and Roche as the supplier of risdiplam. Prescribing responsibility would rest with the clinician and at least a baseline clinical assessment and discussion on the risk and benefit of this therapeutic choice should be made.  In the absence of the appraisal and approval, the safety of the drug will need to be monitored at regular intervals; currently this is with 12-week hospital-based safety reviews which is a similar protocol as the one in use in the ongoing clinical trials. In between times, treatment would be taken daily at home.

Home based treatment delivery is ideal for someone who has SMA for whom travel can be a logistical - and at times unsafe – option. We also know that the ongoing implications to vulnerable people of Covid-19 are long-term; it will be significantly risky for vulnerable adults and children with SMA to travel long after the current 12 week shielding period. There is every possibility we will face similar crises and restrictions to those caused by Covid-19 in the future. If the treatment is appraised and approved there is the possibility of greater flexibility for where and how safety assessments are undertaken than there are currently. We need treatments that can be delivered safely in such circumstances to be approved, ready and available.

Risdiplam also avoids the challenges associated with the potential licensing and delivery of the one-time gene therapy Zolgensma. Zolgensma is further on in its NICE appraisal process but will anyway not be suitable for the vast majority of the SMA community. The clinical trial evidence and the CHMP recommendation to EMA as to which patient groups it may be used with does not include those groups we have identified above as having no access to nusinersen.

We are very aware that comparative cost effectiveness is a complex calculation and that as yet all three are relatively new treatments and there are no head to head studies of long term clinical and patient related outcomes.

We draw your attention to:

We therefore urge NICE to reconsider the decision to suspend the appraisal process for risdiplam on the basis that for the large proportion of the SMA community there is no other alternative treatment, and therefore this is a critical therapeutic treatment, and should be formally classed as such by NICE, that must continue to be appraised during this period.

We look forward to your earliest possible reply.