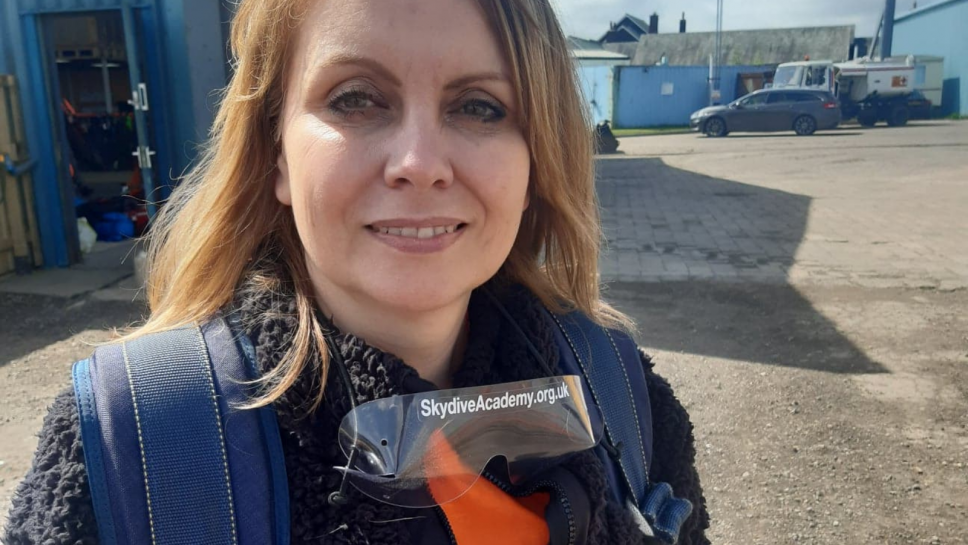 Lilian Pegg, who is terrified of heights, skydived for MDUK to fund research into a cure for Duchenne muscular dystrophy, which her son lives with.

Lilian took on the challenge of a lifetime for her son, George.

She has done plenty of fundraisers for MDUK before, but jumping out of a plane is something she never thought she’d do because of her fear of heights. But she knew she had to do something special to help fundraise for her son.

"A lot of people have done it for George's journey and I've always gone along, most of them are absolutely buzzing afterwards. I've always sort of wanted to do it but at the same time I was terrified and I said it was the one thing I just wouldn't do,” said Lilian.

I never used to be scared of heights when I was younger, but now I'm no good with them at all - I got up on a bench to do some painting the other day I couldn't get back down! I wouldn't do something like this for anybody else, but I'll do it for George. He couldn't get over it when I said I was going to do it.

Over the last seven years, the entire family has helped raise over £200,000 for MDUK, helping to find a treatment and ultimately a cure for all muscle-wasting conditions, and funding support to those who are affected.

"The fundraising has been amazing really, it just shows the level of support we've got from the community and our family and friends. With the condition George has got having no cure, it really gives us something we can focus on,” added Lilian.

George, who is now studying game design and development, also became an advocate for himself and others living with his condition by taking a campaign for vital drug funding to Parliament.

George is amazing, he just gets on with things. I think as a family we cope with George's condition because he copes so well: he goes to college, he sees his friends, he just gets on.

"The worst thing with muscular dystrophy is that it's a progressive condition: while all his friends are getting more independent, things are getting harder for him, but he always just copes with it.”

Susanne Driffield, regional development manager for North of England and East Midlands at Muscular Dystrophy UK, added: “Lilian is so brave to sign up for a skydive, it is the one thing she has always said she would never do. It is such a pleasure to support the Pegg family with their fantastic fundraising and we’re so thankful to them. The funds raised help us to fund vital research into Duchenne muscular dystrophy.”

If you want to face your fears and take part in a skydive for MDUK, you can learn more here.