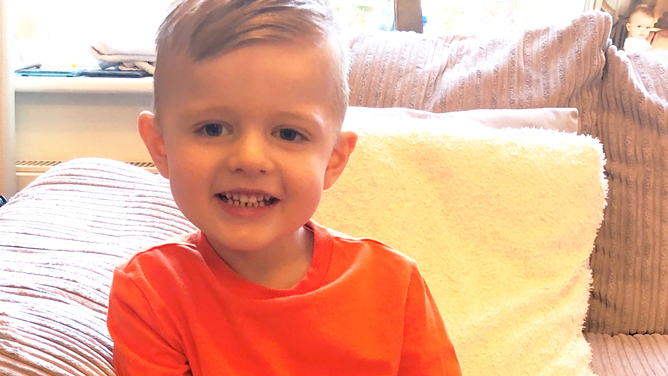 Benjamin Edwards was born in December 2016. After 7 years of trying to conceive we finally had our bundle of joy. Ben is so gentle, kind, caring and an absolute joy to be around. He is our absolute world.

In October 2018 we took Ben to Peppa Pig World for our wedding anniversary and one week later Ben took a turn for the worse. He could not stand or hold his head up and after a week in hospital and lots of tests there were no answers.

A year went by with a lot more tests and we were called into hospital and on our 10th Wedding anniversary were given diagnosis of Becker Muscular Dystrophy. This was found through genetic testing. We did our research and saw the worst and best of the condition.

It has been a hard pill to swallow and so we want to do what we can to help not only our pride and joy, but others affected by Becker Muscular Dystrophy.

Net proceeds from Beat Beckers for Ben will be split with 80% of the funds will go towards research, and the remaining 20% held in trust for Ben’s future care needs, which will become extensive as he grows older.