Cardiff man loses six stone to run the Cardiff Half 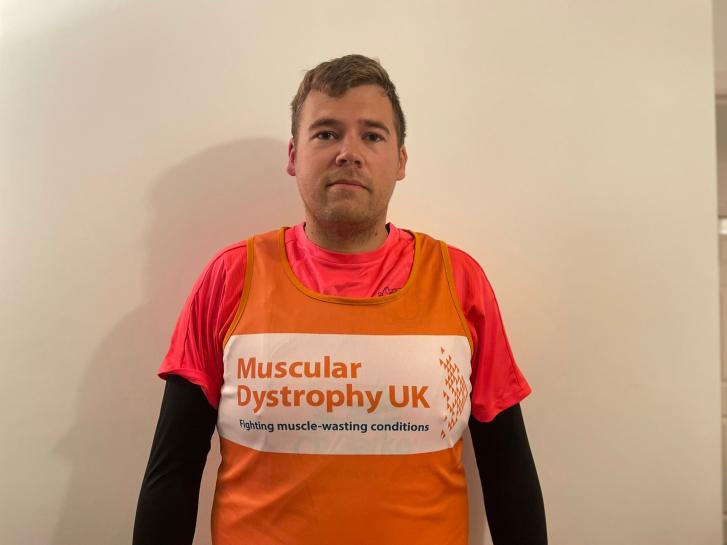 Kieron Broad, 31, has worked hard to lose weight so that he can train for and run the Cardiff Half Marathon next March.

I’m running in memory of Darrell Pearson, the brother of my best friends, who was diagnosed with Duchenne muscular dystrophy and, sadly, died in February 2008.

The run will be an incredible challenge for me even though I have lost so much weight. But I am determined to raise awareness about muscular dystrophy.

My friendship with Darrell's brother, Matt, began when we were back in Year 5 primary school. Going to different secondary schools and Matt moving with his mum to Bath didn’t stop our friendship. We were best men at each other’s weddings and we stayed in close contact when, two years ago, Matt emigrated to Adelaide, South Australia, where he lives with his wife and two children.

Kieron is married with a four-year-old son called Dylan.

Darrell was not just a brother or son. He was a young man with a heart as pure as gold. I treasure my memories of him. The two charities I have chosen support young people and families who are going though such emotional rollercoasters, and their services are completely invaluable.

I’m incredibly proud of Kieron, not only that he will complete a half marathon after improving upon his personal health, but to support the two charities that mean the most to me. We will be cheering you on every step of the way!

It’s absolutely wonderful that Kieron has chosen to take on such a challenge in memory of Darrell, and the fact that he has lost such a large amount of weight to get himself ready to take this on speaks volumes for his determination. We at MDUK are grateful to Kieron for his support and I wish him well with the race, when the date of the run comes around. I am sure he will use his determination to get him over that finish line!

Kieron started training for the Cardiff Half 5,166 days after Darrell died. So, his goal is to raise £516.60 for each charity. He said donations for MDUK will support research into treatments and cures for muscle-wasting conditions, as well as connecting families to specialist physiotherapists to learn new techniques to maintain mobility.

You can read more about Kieron’s challenge, and support him here.