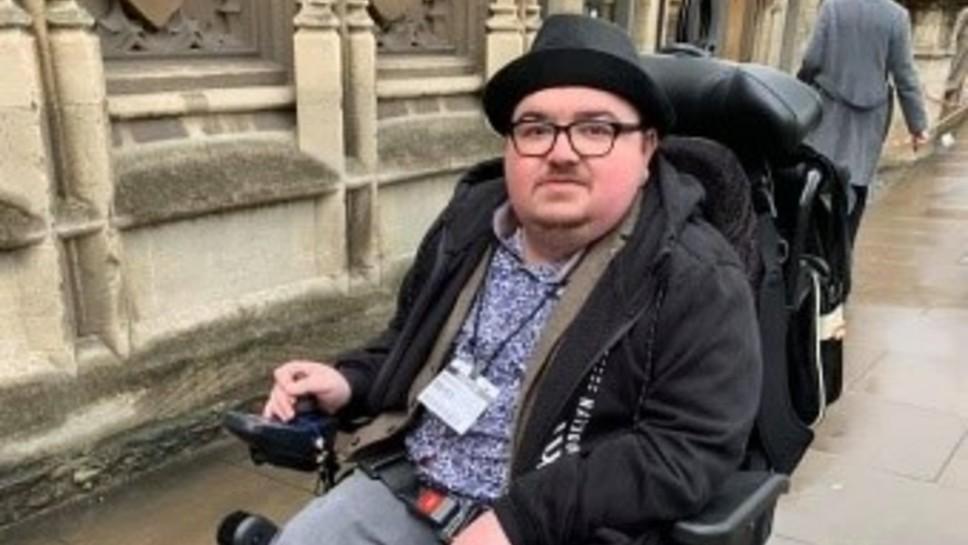 This year's Duchenne World Awareness day is Tuesday 7 September. As an example of an adult living well with Duchenne muscular dystrophy, please read the story of 27-year-old Phil Carroll, who lives with the muscle-wasting condition with grace and considerable humour.

Since that first shock, his family and Phil have developed life as cheerfully as possible. They love to laugh and the diagnosis has not stopped them bringing  humour to everything they do. Phil, now 27,  finds the funny side of everything. That includes the challenges posed by travelling as a disabled person, which he says ‘has its moments.’

The moments are the  'I can’t believe they still do it this way' kinda times. Particularly when airline staff have to perform very undignified transfers as  I cant use my wheelchair on a plane. I have to be heaved into a seat - watched by the entire crew and other passengers.

This October he will start an English and film course in Ealing at the University Of West London. He hopes to develop a career in Post or Pre- Film production or Film Journalism.

Passing my driving test was a major metaphorical step towards my independence and meant I could drive back and forth to college. I had to learn how to use hand-controls when I started driving. It was a first for my instructor too and to start with both of us found it terrifying.

Luckily, we soon got used to them. They are actually quite easy to operate. I drive a black Mercedes sprinter called "Iron hide". It’s huge and to be honest would be perfect if you wanted to date a hockey team! Most of my friends and family live up north, so being able to drive to see them is wonderful.

He contributed his thoughts on how a unique photograph made him feel as part of the Reflections in Colour online exhibition, which has now been made into a book.